A Night’s Contemplation of Circumstances

Posted on September 9, 2018 by Rune Believer

The hour is late. Or is it early? I suppose it depends upon your perspective, whether you approach the hour from night’s fall or the sun’s rise.

Beyond the windows, the night waits in amorphous blackness barely held at bay by the one, and only, light installed for security against the terrible unknowns which roam outside the tightly locked house. The little home sits in the woods, not too far from the civilization of the city. It’s ever present nightly glare of too many lights providing for the so-called safety of a society needing to believe in numbers and kilowatts for it’s survival. The lights truthfully do nothing but produce a ghastly, sickly glow beyond a line of black trees which no longer buffer the occupants of the little house from the sounds of the urban/suburban decay they had thought to escape.

They had fled the choking gases of one illusion, only to find that time and progress had turned their little refuge into another illusion, which would soon be swallowed up by the monstrosity of humanity’s ever growing sprawl.

The above verses were written late one night as I tried to sleep, but I couldn’t because of noise pollution. It made me angry, and it still makes me absolutely sick at heart.

My parents first moved out here to the woods in 1997. The darkness out here was total, the sky was clear of clouds. On a clear night, it could actually be quite bright because of the stars and the moon, especially a full moon. It made the night both brightly magical and frighteningly dark, mysterious in good and bad ways. We could see stars with our own eyes every night, and the night sounds were a challenge to identify. Whoever thinks that night time in the country is quiet is very wrong.

The cacophony of sounds ranges from the calls of the frogs trying to induce potential mates to come find them to crickets serenading the night with their own songs of hopeful love. Then there’s the darker side of the night sounds. The poor creatures crying out their last as they become a meal for another denizen of the woods. Sometimes you hear the victor, such as an owl, telling it’s mate to get ready, as the family, fuzzy babies and all, will be eating well that night. Occasionally the nightly music will vary with the addition of coyotes yipping at the stars as they trip merrily on their way, or there’ll be, rarely to be sure but still can be heard, the screaming of a big cat as it passes through, reminding all in hearing that they live in its territory not the other way round. 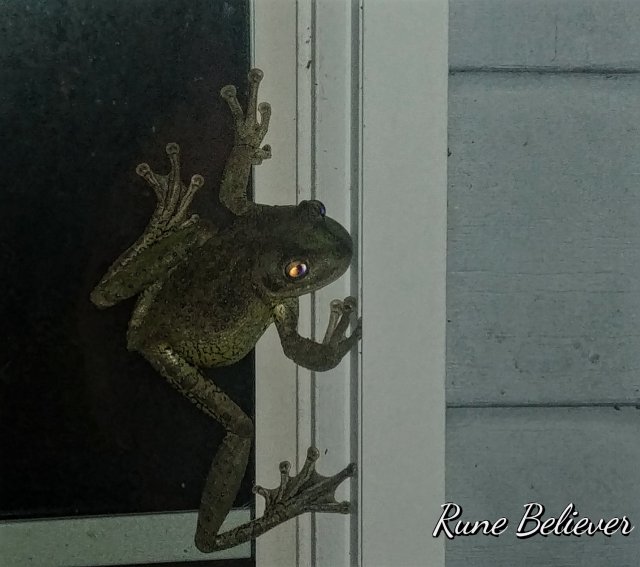 Now the city has expanded as cities do. More “city people” have moved out here to the woods, and with them, they have brought their desires to have every comfort they had in town. They are demanding curbside garbage pick-up when they live only 2-3 miles, or less, from the dump. They also want to strip all native vegetation from their property, so they can have lawns. Since they have to depend on the irregularity of natural rainfall for their yards and imported plants to survive, that means they are demanding city water. They’re getting it, too.

I am not going to begrudge them the luxury of city water, but not everyone can get it…yet. When the rest of the people, those not living on the main road, are finally able to get it, they will have to pay for the entirety of the pipeline to be installed. That means, if you live a 1/2 mile from the main road, you pay for the entire 1/2 mile of pipeline to be run to your home, even if you have neighbor’s living between you and the mainline. They won’t pay until they decide to get water, too, if ever.

In the meantime, those who moved from town to live a rural lifestyle the vegetaion buffer between them and the world. Acres are being cleared, legally or not, and the sound of road traffic is getting louder and louder. It’s especially bad at night when the whining tires of the 18-wheelers sing louder than the frogs and insects. It has become a 24/7 background noise that wasn’t there just a few years ago. The sounds of the sirens we had once thought to escape have also returned. It’s all ambient noise pollution which competes with the sweet songs of our native birds. If those people truly believe that they need all of the luxuries of city life, why did they not simply stay in the city? Why work so hard to destroy the way of life others have chosen merely for their misguided idea of progress for their selfish comforts? In the programmed minds of these people, they truly believe if you do not have the city luxuries, you are deprived. What’s more, they believe if you do not want the city luxuries, you are backward. They often view to such “primitive” living people as squatters, even if they are living lawfully on land they own.

Speaking of the county dump, as referred to earlier, it too has expanded. The garbage keeps piling higher and higher. With the latest expansion, which resulted in the down-to-bare-dirt clearing of native trees and vegetation from many acres, more of the insulating sound barrier has been lost. It is no longer possible to sit outside and peacefully absorb the natural atmosphere. In addition to the whining of tires and the muted roar of engines from the interstate, there is now the constant beeping and roar of engines from the big machines at the dump. The mountains of trash have simply grown higher than the remaining trees. The sound carries over them. Once upon a time, the occasional beep from the trash moving machines could be heard when carried on the wind. Now the sound of the wind cannot even compete with the mechanical beasts of foul burden.

The final pollution to darken lives of those who chose to move away from the city is light. Yes, light. How many people bemoan the loss of the stars? The stars have not gone anywhere. The problem is too much light in the cities masking the light of the stars. The light is there at night for several reasons. The first and foremost is the help protect city dwellers from crime. The more people packed into a confined area the more crime from stressful human interaction results. The nighttime is the best for the human predators of human prey, so the most expedient solution is to install more lights. As the predators become more desperate and emboldened by the growing tensions of the ever crowded masses huddled in the little remaining pools of darkness, even more lights are installed. More children grow up seeing pictures of a natural night sky rather than seeing it for themselves. They grow up under a mindset that reinforces in their minds that the natural night sky is nothing important in the scheme of healthy dreaming for better lives. The words “Reach for the Stars” becomes nothing more than a pop culture slogan How can it be anything else to generations who have never actually seen the stars?

When my parents first moved out here in 1997, the sky all around was perfectly black. If natural conditions were just so with clouds in the sky, maybe lights from a local event could be seen criss crossing the skies. That is no longer the case. All too often there are two glows on opposite horizons. There is one to our east and one to our west. The lights from two cities are beginning to encroach on our starry nights, with our home in between. There is nothing we can do about it should that event occur.

Eventually, our little home in the woods will be surrounded by city. If we are still living on this property, the only woods will be on our little bit of land. Then again the government may decide the best interest of the city would be to use the policy of eminent domain to take away our home because we won’t sell it to them for the building of yet more low income housing to smash together even more people who will barely be able to tolerate the proximity of too many other humans. Science has proven, like rats, humans simply cannot live packed together, elbow to elbow, without violence resulting from the stress, the fear, the need for evermore, ever brighter lighting for their false sense of security. Thus, even more generations will grow up thinking a starscape is something that exists only in the background of a computer game or on an IMAX movie screen.

Society needs the dark in order to dream, just as much as it needs the light for molding those dreams into reality. The children need to be able to see the stars with their own eyes, if they are ever truly going to reach for them. 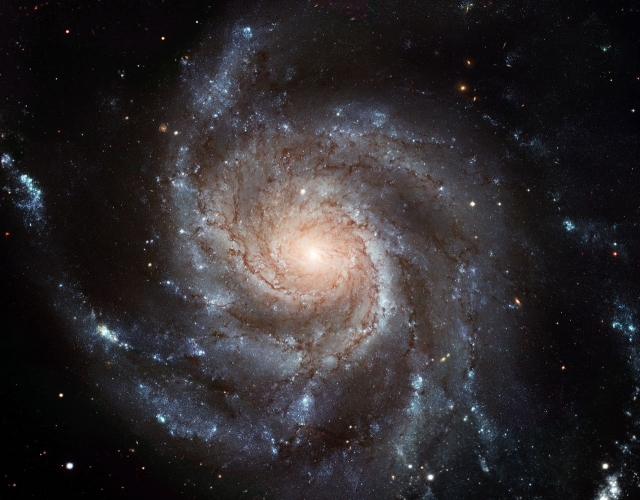 If you like any of what I have to say, feel free to help me stay supplied with coffee! I prefer to brew my own. I never buy pre-brewed designer coffee with insane names. I don't like the lines of cranky people (I tend to be one of them), and the stuff is usually bitter beyond mere abuse of the taste buds.

Runebelieverblog @yahoo.com I tend to be broody, but my animals make me happy. I've never known how to fit in with the crowd, and now, at 54, I don't bother to try. I once was "in" for awhile, and I found out they're mostly a miserable lot. I'd rather sit under a tree and read a book...a real book, not a pad or computer!
View all posts by Rune Believer →
This entry was posted in Nature, Rant, Thoughts and tagged light pollution, Nature, nature verse, pollution, Random, sentimentality, sound pollution. Bookmark the permalink.

This site uses Akismet to reduce spam. Learn how your comment data is processed.